Raiders mourn the loss of a legend 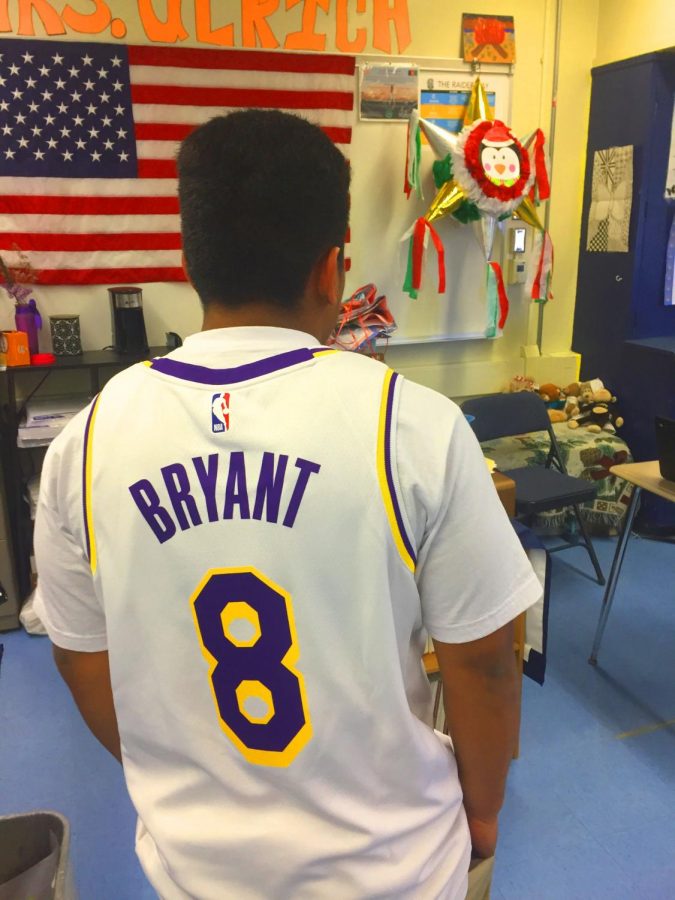 On Tuesday, Jan. 28, 2020 Raiders gathered in the quad to have a moment of silence for NBA All-Star Kobe Bryant.

Bryant, his 13-year-old daughter Gianna, and seven others died in a helicopter crash in Calabasas on Jan. 26. They were all on their way to Bryant’s Mamba Sports Academy in Thousand Oaks via the Camarillo Airport.

To honor Bryant, ASB created a day where students and staff could wear Laker gear, and the entire school was a sea of purple and gold. Bryant spent his entire 20-year career with the Lakers, leading them to five NBA championships.

Many people at CI were huge fans of Kobe and the news was devastating for them.

Cesar Cosio, a sophomore, said, “I found out about the tragic news from a social media post. I totally thought it was a hoax at first. I kept telling myself there wasn’t any way he was actually gone. It wasn’t until I saw a credible source say something that I really let it soak in.”

“He undoubtedly was a very talented athlete and easily one of the best to play basketball,” Cosio added. “Everyone knew him for being a king on the court. I’ve always viewed him as such a wholesome man. He seemed like such a great dad and loving husband.”

Valerie Tovar, a senior on the CI girls’ basketball team, said that she too was in shock and initially thought the news was fake or a hoax. “I couldn’t believe it,” she said. “I still can’t believe it.”

Tovar thought Kobe was a phenomenal player and one of the greatest legends in basketball. “He did so much more for the community than other players,” Tovar says.

All of CI took that day to remember Kobe for his accomplishments and for everything he did for the community. His award-winning short film, “Dear Basketball,” was shown in many classrooms as a way to pay tribute.