Hoffman keeps the faith on the field 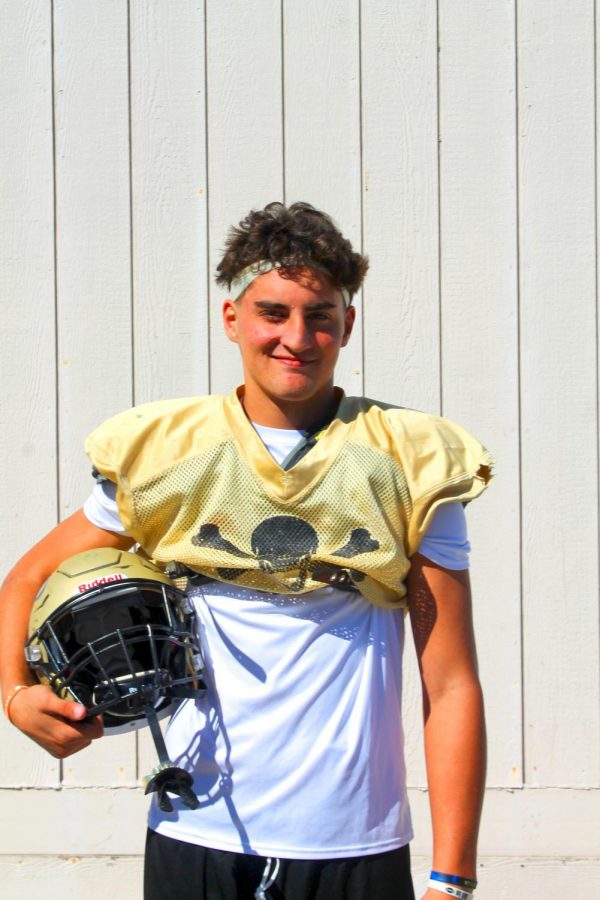 Cody Hoffman, a sophomore, is the CIHS varsity football team’s tight end. Hoffman is one of the varsity team captains, along with David Garcia, Alejandro Gonzalez, Elias Ceja, Axel Pina, and Skylar Johnson.

“As a young man with full faith, none of it’s possible without Christ!” said Hoffman. “All the glory is at the end.”

Despite an 0-5 start, the team plans to trust the process and realize their full potential. “We’re able to have fun while doing what we love,” Hoffman said. “We’re constantly working to improve and our hearts for the game are huge, no matter where it takes us.”

Hoffman leads the team with 17 receptions for 432 yards with five touchdowns.

Hoffman describes his team as “really close” and they’re like “real brothers.” He really enjoys the bus rides with them and the fact that they can all count on each other.

Personal goals for Hoffman are to bring success back to the Islands; he also plans on making his family and Coach Gary Porter proud. To make things happen for him, making grades and getting a Division I offer would mean the world to him.

One of Hoffman’s favorite Biblical quotes is Romans 8:18: “I consider that our present sufferings are not worth comparing with the glory that will be revealed in us.”

“When you give up, you’re letting down those who believed and invested time into you.”